AA
The Deutsches Bergbau-Museum Bochum has opened its doors again. We observe the current legal requirements and hygiene standards. Please register in advance for all guided tours: by telephone on +49 234 5877-126 or by e-mail to service@bergbaumuseum.de (Tue. to Fri. from 9:00 am to 3:00 pm). Get more information ...
Hard Coal | Mining | Mineral Resources | Art

The Deutsches Bergbau-Museum Bochum has undergone a transformation in the years between 2016 and 2019: The renovation of the museum was flanked by the redesign of the permanent exhibition. From the summer of 2019, there will be four tours guiding visitors through the building: Hard Coal, Mining, Mineral Resources and Art cover the full range of the Leibniz Research Museum for Geo-resources.

With its new exhibition, the Deutsches Bergbau-Museum Bochum is rising to the challenge of presenting the subject matter and results of its in-house research activities in an exciting, educational and informative manner, and to attraction the attention of the diverse target groups with a range of communicative approaches. Whether it be in the form of an interactive game, multi-media or hands-on exhibits – the aim is to communicate the content of the permanent exhibition in a sustained way. There is also a children‘s trail that winds its way through the tours, with specially selected exhibits placed at eye level for our youngest visitors.

Around 3000 objects – from the in-house collections of the Montanhistorisches Dokumentationszentrum of the Deutsches Bergbau-Museum Bochum as well as alongside loan items and brand new exhibits – are presented in a new light. The reduced number of exhibits allows individual, outstanding objects from the previous permanent exhibition is to be viewed in a new light with a new contextualised focus. Apart from having a thematic focus, each of the four tours also has its own specific design concept.

The renovation of the North Wing and the redesign of the Hard Coal and Mining tours were funded by the RAG Foundation as part of the “Glückauf Zukunft!“ Project. The renovation of the South Wing and the redesign of the Mineral Resources and Art tours were funded as part of a joint national and state programme organised by the Federal Ministry of Education and Research and the Ministry of Culture and Science of the State of North-Rhine Westphalia. Both projects were further funded by the city of Bochum and the DMT-Gesellschaft für Lehre und Bildung mbH. 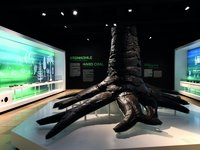 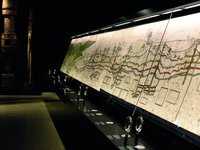 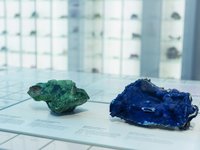 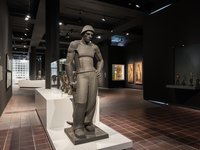 more pictures
The four Tours of the Permanent Exhibition
Hard Coal. The Motor of industrialisation

The first thing visitors encounter is the lower trunk of a lepidodendron tree from the Carboniferous Period (approx. 306 million years ago) and a room-filling oil painting of a Cretaceous Period landscape (1923). A prologue opens this tour, which tells the history of the coal mining industry in Germany. There is scarcely any other economic sector to have shaped history, the economy, the environment, social life and culture as enduringly as the hard coal mining industry.

During the course of the tour, some 600 exhibits comprehensively describe the technical developments, social achievements and cultural interrelations associated with hard coal in Germany: from partial to full mechanisation, mine rescue and occupational health and safety, the establishment of the unions and industrial associations, the socially consensual cessation of coal production to the post-mining period. The tour‘s epilogue examines the current state and future outlook for the Ruhr Metropolitan Region. 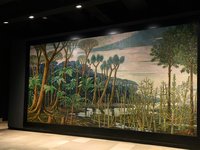 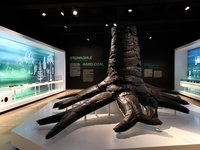 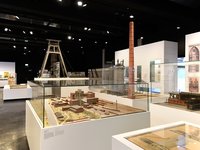 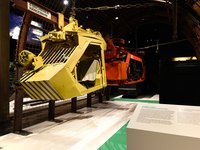 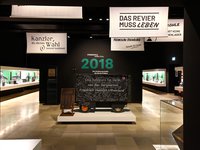 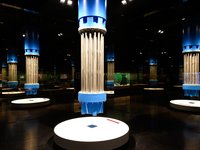 Natural resources have been a part of human existence since time immemorial. The ways in which these resources are mined, processed and used have changed over time, and transformed humanity. Researching these subjects is the remit of the Deutsches Bergbau-Museum Bochum, a research institute entered into the Blue List in 1977.

This tour describes this work in a myriad of ways: Researchers working in areas such as archaeometallurgy, mining history, materials science and mining archaeology vividly explain the history of mining from the Stone Age, through to Antiquity and the Middle Ages, the Early Modern Period to Industrialisation and on to the present day – and end by casting a glance towards the future of mining deep down in the oceans or far off in space. Over 1,150 exhibits are on show, illustrating how the interrelationship between man and mining is also a paradigm of the interplay between continuous technical development and problem-solving, and the acquisition of knowledge and power. 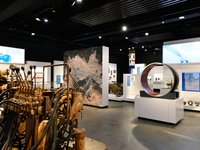 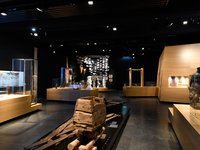 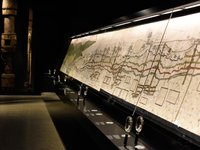 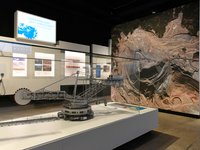 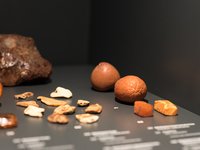 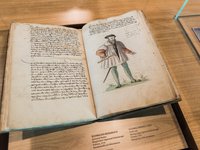 With the exception of water, all mineral resources are solid, gaseous or liquid mineral raw materials that occur in natural sediments or accumulations, known as deposits. These can be found on the on or below the Earth‘s surface, on or below the seabed, or in water. The reserves of these materials are finite. But they are extremely useful to people, because without geo-resources, today‘s highly technicalised world would be inconceivable. So the mining of these materials above and below ground is of great economic importance.

The tour starts with some geo-scientific fundamentals: How old is the Earth? What are minerals and rocks? How and where do deposits occur? The Raw Materials Lab with its “have-a-go” stations, then allows visitors to put mineral deposits and their benefits under the microscope. To recognize the use of raw materials at first glance is often not evident – because their diversity and possible uses are immense. But the use of geo-resources brings both benefits and drawbacks. How they are used is a question of acting responsibly. 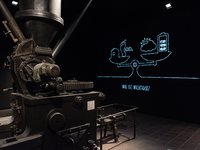 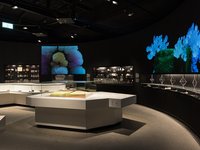 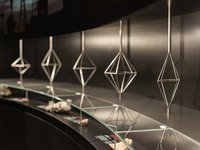 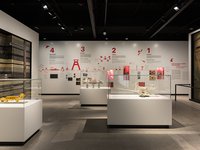 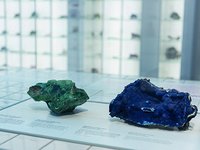 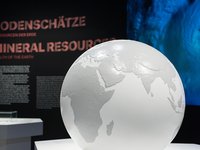 Mining and art are closely interlinked, even though mining was never a central theme for the visual arts. During the 17th and 18th centuries, mining was extremely important to the courts of the sovereign rulers, and a wealth of mining-themed ceremonial and decorative centrepieces were produced. As industrialisation progressed, the focus shifted towards the people performing the work, and on the burgeoning industry. Art works were created equally due to a personal connection with the sector, and in the form of commissioned pieces.

The tour is arranged according to the characteristic features of mining, and harnesses these as a theme. The bandwidth of exhibits ranges from works by renowned artists to amateur art, with exhibits dating from the 17th to the early 21st century. Sculptures, paintings and graphics are augmented with arts and crafts and artisanal items. Any hierarchical structure is deliberately omitted. Instead, the tour investigates the importance of artistic works for particular groups of individuals, placing the focus on the various motivations in creating, commissioning and exhibiting art. 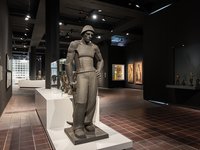 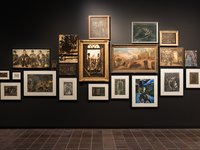 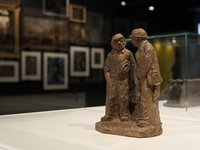 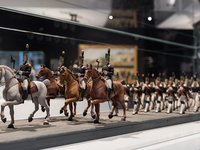 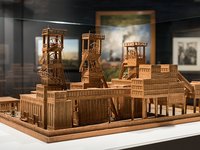 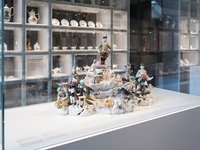 This Web site uses cookies to enable core functionality and to personalize content and to analyze visits to the Web site. Some of these cookies are essential, while others help us improve your experience by providing insight into how you use the Site. For more information about the cookies we use, please refer to our Privacy Policy.