AA
We kindly ask that you continue to visit our museum wearing a medical mask. More information…

The architecture of the museum’s DBM+ annex building absorbs direct references connected to mining: massive in volume and sliced through with mine-like walkways and ramps. This system of adits and galleries is what links the various expansive exhibition areas created within this cavernous space. The distinct façade, fashioned to appear like a cross-section of mine workings, communicates the function of the building and therefore of the museum itself to its urban surroundings. An intriguing interplay between interior and exterior is created.

It was designed by the architects Benthem & Crouwel, and since 2009 it has been home to the special exhibitions of the Deutsches Bergbau-Museum Bochum, while also functioning as an event space. Its clear, incisive spatial concept is reflected in its use of materials and surface finishes. The façade of the cuboid building is made from mastic asphalt, and has an almost totally black, granular rough surface. The colour of the exposed concrete surfaces of the walls of the interior spaces has been left untouched, while the tone of the orange-yellow adit passageways contrasts starkly with the building’s darkened exterior and the exposed concrete surfaces. The colour design of these areas is inspired by the hues emitted by fire and embers, thereby creating a thematic connection to the blackness, which itself symbolises the interior of the Earth.

The DBM+ has a total of three levels, two of which are used for special exhibitions. Bridges connect these two exhibition levels to the main building, so that the special exhibition harmoniously integrates into the visitor flow through the permanent exhibition area. Transitional points are established within the “Mineral resources” and “Art” tours, through which content-based affiliations are also created. The DBM+ is fully accessible as a single entity within itself, and as part of the entire building complex. 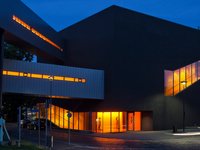 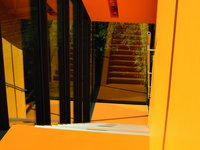 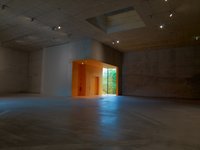 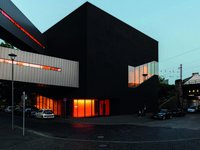 A 40: Exit “BO-Zentrum” towards “Zentrum”
after approx. 2 km, the Deutsches Bergbau-Museum Bochum is located on the left

A 43: Exit “Bochum Riemke/Zentrum” towards “Zentrum”
after approx. 4 km, the Deutsches Bergbau-Museum Bochum is located on the left

Please note that parking is limited. Parking is available on the public spaces around the museum, and in the parking area at the junction between  Am Bergbaumuseum and Herner Straße.

On weekends, additional space is available for you in the police multi-storey car park in Schillerstraße.

There are seven bus parking spaces in front of the museum.